Epom Ad Server: How It All Began and Where It is Heading

2011 was a year when Adele's "ROLLING IN DEEP" topped the world charts, Mojang Studio launched a new video game called Minecraft, and the word "blockchain" was introduced to the English dictionary.

In the same year, a couple of tech enthusiasts met in Kyiv and decided to create a platform for digital advertising as the latter seemed to be gaining more and more attention - Epom ad server.

In 2011, global online ad spend amounted to $80.1 billion. In 2021, this figure increased to $455.30 billion. Thus, Epom was born in much simpler times, when the stream transferred data was considerably less intense.

This article will explore the evolution of the Epom ad server: from its creation in the era of iPhone 4S to the days when Elon Musk's satellites shower us with 5G internet.

Prolog: What is an Ad Server?

An ad server is a holistic advertising platform that hosts ad placements from different sources and serves ads across various channels; from desktop and mobile to CTV. Ad servers can be used by advertisers, publishers, or both. For example:

Advanced ad servers, like Epom here, combine all these properties in one platform.

Important note: an ad server is used for direct deals! And while it is possible to connect it to DSPs & SSPs and sell/buy ads programmatically, its primary purpose remains to make direct connections possible.

This is why ad servers are used for more premium advertising. Direct deals guarantee ad placement, and programmatic (with 80% of digital ad spend) is more suitable for mass buying and scalability.

By Q2 of 2011, Epom ad server's MVP was launched. Yes, it was filled with mere essentials, but let's not forget that those were simpler times. To give you more perspective, some of us still had button phones.

The Epom ad server had all the necessary instruments to host, serve, and palace ads back in the day. That year, we signed up a handful of clients, some of which are still with us today.

In 2012 the Guardian's short film "THREE LITTLE PIGLETS" that killed the wolf won the first prize of Cannes Lions, proving the importance of illuminating the story from different perspectives and good creatives.

Alongside this, Epom ad server added Creative Template Functionality allowing clients to generate their own rich media templates or use pre-set ones. Within one year of launching, we had 20+ templates to offer our clients. However, as you read this, there are over 100 creatives available in the Epom ad server (and counting).

2013: Roles, Permissions and Moving to Own Servers

The year 2013 was exceptionally fruitful in terms of new tools and features.

Epom added Roles & Permissions functionality to the ad server that allowed clients to create sub-accounts for their own customers or partners, simplifying the process for everyone involved.

We have also added an SSP module to allow our clients (publishers) to sell their inventory through RTB.

However, the more significant changes were related to the increasing number of data centers. Therefore, even though it went from one to two, it still positively impacted performance and latency.

The transition from renting to buying servers was another significant change. As we planned to do serious business here, we calculated that buying servers would pay off within a year. As a result, we maintained lower prices for our services, making our products more affordable.

Okay, so in 2014 Epom ad server gained another feature - white-labeling. If you are not familiar with the concept, it means that you are renting a ready-to-use ad serving platform from Epom, but it has all the necessary tools and features with a fair amount of customization just for you. So, logging in feels like coming home.

In addition to this, many mass operations were carried out in 2014, including mass banner uploads and copy/paste campaigns (ultimate time-savers).

This year the New Horizons probe flew by Pluto and managed to get a close-up view of its icy mountains. So if we were able to gather data from the farthest parts of the solar system, imagine what was happening on Earth.

The amount of big data had risen to unprecedented levels by 2015. Therefore, Epom ad server has undergone fundamental changes in terms of analytics. Since that times, you have been able to transform large chunks of data into user-friendly charts and graphs. In addition to automatically generated analytics, clients could select metrics they wanted to analyze manually.

Action management and multi-capping were the other 2015 features that spared our clients from routine tasks. Multi-capping allows you to set all kinds of combinations of ad frequency: from showing ads once every hour on weekdays to three times during lunch on weekends. Previously, each condition had to be set separately.

Globalization is taking over, and boundaries are slowly dissolving. In 2016, representatives from the Catholic and Orthodox churches met for the first time in 1000 years. The same is true of digital advertising: there is no longer desktop-only, mobile-only, TV-only. Instead, t's all blending. The user may be seeing the same ad on three different platforms and be reminded about it on an outdoor display (DOOH) on the way to the grocery store.

The icing on the cake of 2016 was when Epom became a Certified Yahoo vendor, which formally confirmed that large international businesses could trust our ad server.

Native ads have been gaining popularity for a while, attracting more advertisers and ad budgets. In 2017, we upgraded our native ad game by adding native ads support with different rendering options via template functionality, making it possible to ideally display any type of ad tag on publishers' platforms.

The result was that we could offer our clients the best-performing ad formats while also saving time for all parties during its launch.

Digital advertising, though it has been around for a while, was still like that new girl in class: you like her but don't know her very well. Consequently, there were no regulations or benchmarks for the industry. As a result, shady businesses and fraudulent schemes flourished. By 2018, ad fraud was eating up an increasing share of digital advertising budgets (unfortunately, more so today).

Our stance on ad fraud and the use of malware was very clear and consistent from the beginning: we were against it. Thus, whenever the opportunity arose, we became a TAG Registered Partner.

We also have several fraud scanning systems integrated into our ad server that help us scan inventory for fraud and malware.

If we find out that a business is suspicious, we stop dealing with them right away. This is because we believe that the entire adtech/martech industry deserves better for all the work we have all put in.

By 2019, the Epom ad server already came with lots of awesome tools and features, so it was time to make those seemingly minor improvements that could bring its performance to the top floors of Burj Khalifa (metaphorically speaking).

We have therefore improved the functionality of our SSP module. Enhanced video ads support, performance, and, most importantly - optimized routing. From then on, our ad server could be programmed to work with certain DSPs only for certain campaign types and not others since each DSP works differently. The optimization dramatically improved overall performance and saved the team time.

This year the Transparency and Consent Framework (TCF) for compliance with the European Union's General Data Protection Regulation (GDPR) 2.0 was released. This time more standards and benchmarks were established regarding video ads (VPAID container support). So, of course, we joined in - registering as the IAB Europe TCF 2.0 vendor.

Thus, we were in line and compliant with all major international standards by the end of 2020.

2021: Video Optimization and Anticipation of a Cookieless Reality

In H1 of 2021, we have added a fantastic time and effort-saving feature: multi-companion ads and multi-video files. For example, you have a video that is too large. What do you do? Ask your creative team to alter it? No!

You upload it to the Epom ad server, click the right buttons, and there you have it - several videos in different sizes and resolutions. Now, the publisher's side can choose the most suitable option for the user at this moment (depending on a variety of factors: from the internet connection to the way the phone is held). Multi-video files will help the publisher place the call-to-action fragment in the most appropriate place.

In conclusion, we all know that we are moving towards a world without third-party cookies. Therefore, we are working on a solution to prevent sagging in targeting. And this will continue well into 2022. 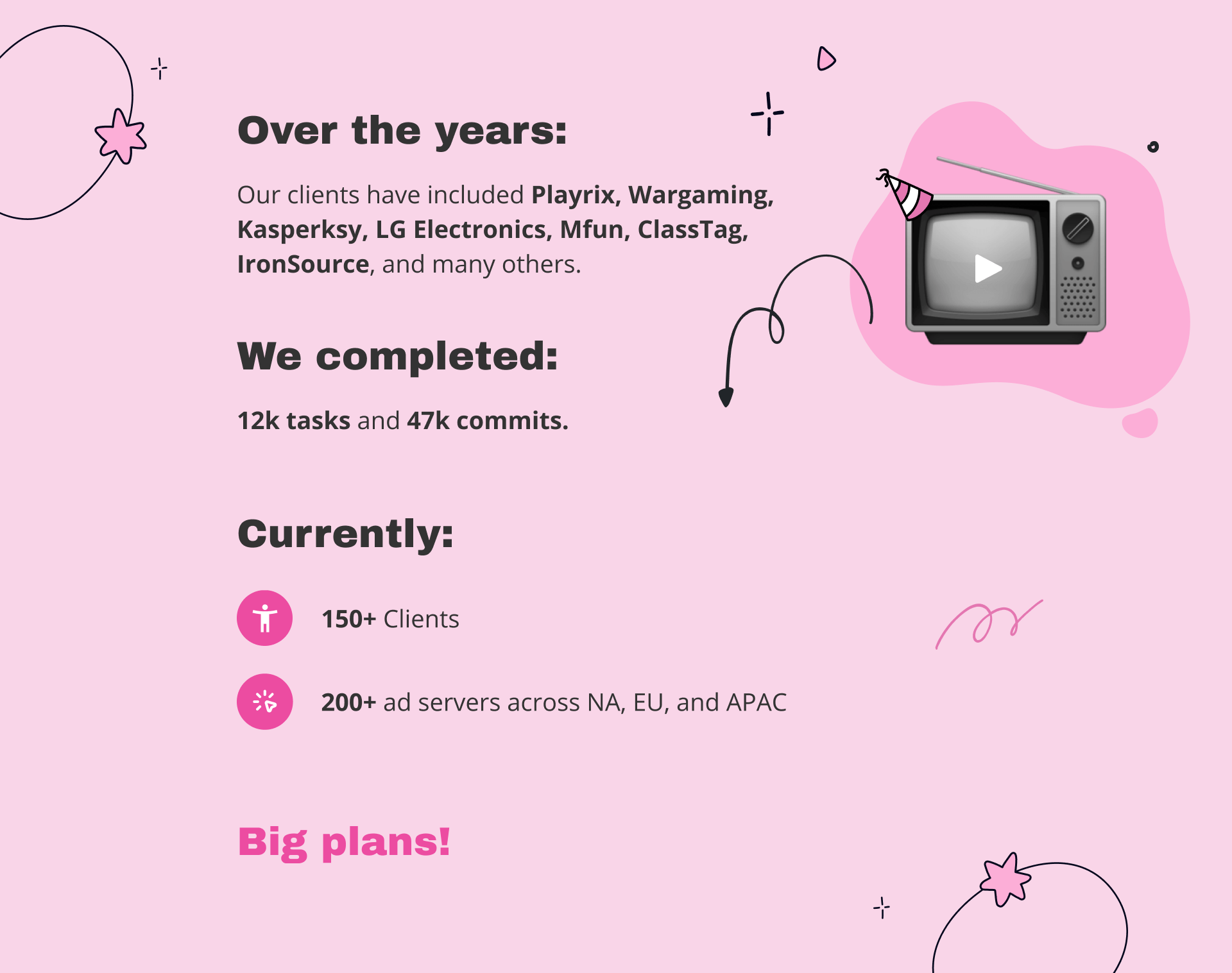 So, after this ride down memory lane, let's see where all the targeting, frequency capping, and white-labeling got us.

Names: Over the years, our clients have included Playrix, Wargaming, Kasperksy, LG Electronics, Mfun, Claastag, IronSource, and many others. Some of them are still with us to this day. Currently, the Epom ad server hosts, manages, and serves ad campaigns for over 150 clients.

As of the end of 2021, our infrastructure includes over 200 servers spread across NA, EU, and APAC.

Our ad server is not built solely from sunshine and rainbows like all good things. In fact, according to our CEO, there were more features that didn't make it to this day than those that did. For example, Thomas Edison considered his light bulb an invention of 1000 steps (instead of thinking of those 1000 steps, he didn't make it a failure).

Numbers: in 10 years, our development team has completed more than 12k tasks and 47k commits!

With its own decade behind it, Epom ad server is one of the industry's top players, and we will not stop adding new features. Who knows, maybe the world might need an ad server with a virtual kettle and an answering machine. We would be up for it.

We are offering 35% off all annual ad server pricing plans for our celebration until January 10th, 2022! 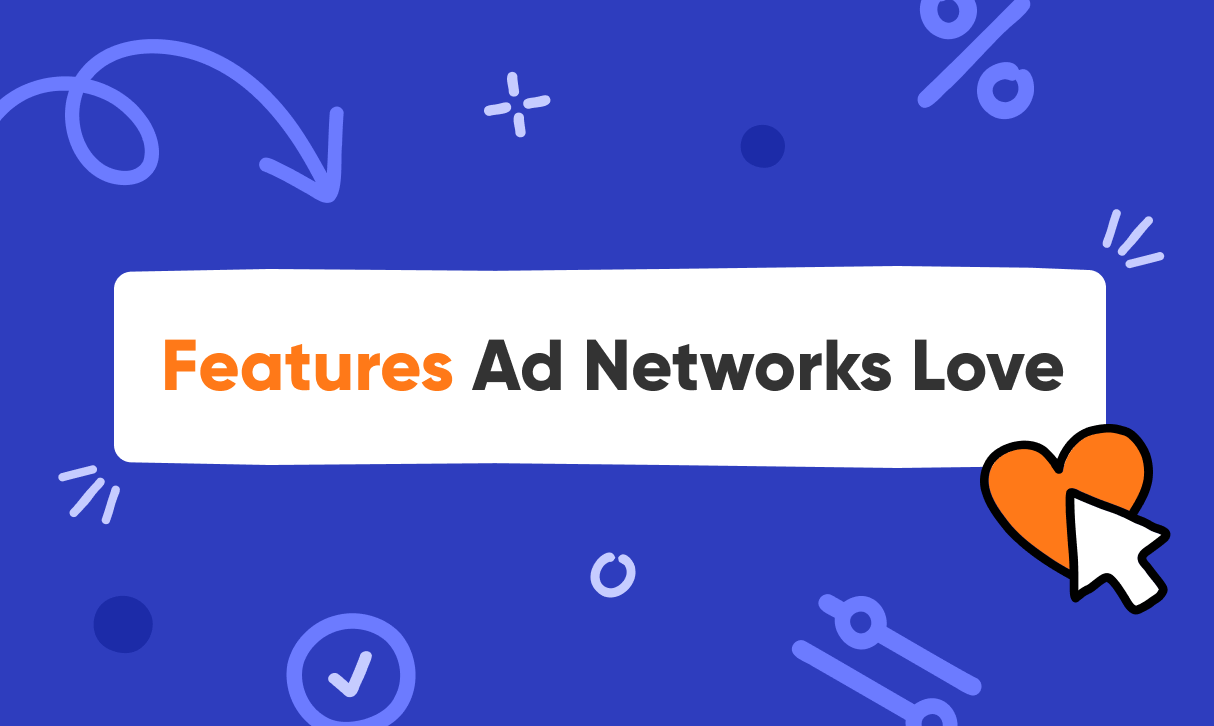 Ad serving platforms offer many tools, but according to our recent research, there are five features that make ad networks' hearts skip a beat.

Video ads have a 1.84% CTR, the highest compared to other digital ad formats. Explore these 9 foolproof ways to get the most out of your video ads in 2021! 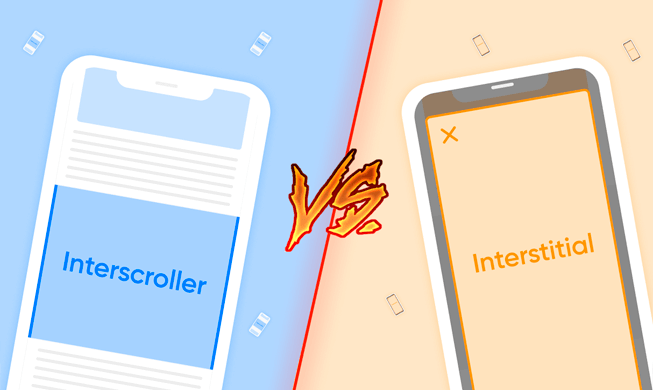 What is Interscroller? #1 Alternative to Interstitial Mobile Ads

Google now penalizes websites with interstitial ads. Will interscroller be the new normal? What is an interscroller and how does it work? 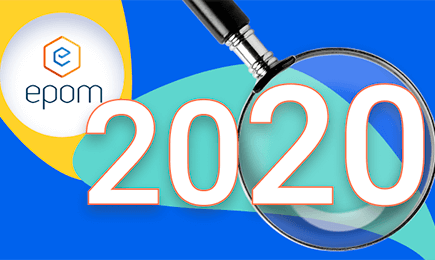